Sunday Division Two champions FC Hajduk completed a magnificent hat-trick of trophies when they came back from a goal down at half time against Division One champions Abbey to win the M.A. Hart Robbins Cup 3-2.

There have been some excellent M.A. Hart Cup finals at Hurn Bridge this season but, in this contest between two superb sides who had already won two trophies apiece, it was certainly a case of leaving the best until last.

Abbey had won every game this season and when Jamie Moores put them in front after 35 minutes it looked as though it would be business as usual. FC Hajduk had other ideas though and they stunned the all conquering Division One champions by scoring three times in a ten minute spell early in the second half courtesy of headers from Jack Kinge-Phillips, Lewis Sainval, and Lewis Chambers. Skipper Mickey Hubbard reduced the deficit with ten minutes left but Hajduk managed to hold on to their slender lead.

Hajduk’s Jack Myers was injured after landing badly following an aerial challenge and he had to be replaced by Callum Charlton after 15 minutes.

There were no chances created in the opening 20 minutes as the two teams settled into the game but midway through the first half Abbey began to threaten with Brad Hill firing one over the bar from just inside the penalty area. Mickey Finch then cut in from the left to unleash a shot which was diverted behind for a corner by Hajduk defender Lewis Chambers.

FC Hakduk goalkeeper Jeremy James was tested with a shot from outside the box in the 27th minute from John Webb which he saved comfortably under his crossbar and he was then dashing a long way out of his penalty area a couple of minutes later to clear.

Luke Delaney won possession in midfield after 31 minutes, exchanged passes with Luke Burbidge, and only a brilliant saving tackle by Lewis Chambers prevented him from getting in a shot from seven yards out.

Abbey’s pressure paid off in the 35th minute when Mickey Hubbard’s corner from the right was headed goalwards by Max Wilcock. Jeremy James managed to keep the header out but JAMIE MOORES pounced on the rebound to put Abbey in front from close range.

Brad Hill put Luke Delaney away down the left two minutes later and he cut in to unleash a low shot which Jeremy James got down well to push away.

Little had been seen from Hajduk as an attacking force in the first 45 minutes of the game but that was to change immediately after the interval.

Hajduk equalised five minutes after the break when Henry Hodge put an inviting cross in from the right and JACK KINGE-PHILLIPS got above the defence to head it beyond Luke Dawe in the Abbey goal.

Three minutes later and Hadjuk were in front when LEWIS SAINVAL produced a prodigious leap to get to a long free kick by Jack Kinge-Phillips and, as the ball dropped, the Hajduk central defender was left with a close range tap in.

Lewis Sainval was then in action in his own penalty area sliding in ahead of Luke Delaney to get the ball away which resulted in the Abbey player being sin binned after being too persistent in his appeals for a penalty.

Hajduk increased their lead on the hour when Henry Hodge’s run was halted by Jamie Moores at the expense of a corner on the left.   Jack Kinge-Phillips’ delivery was met by LEWIS CHAMBERS with a header that flew into the Abbey net.

At the other end, Luke Burbidge had a shot deflected for a corner in the 63rd minute from which Andy Partridge made a crucial goal line clearance to keep out Jamie Moores’ header.

Mickey Finch produced some brilliant skill out in the left in the 75th minute before getting in a cross to the near post for Luke Delaney to get in an effort which brought a superb diving save from Jeremy James with Mac Raney completing the clearance.

Luke Burbidge slipped a great ball through for Max Wilcock three minutes later but Lewis Chambers snuffed out the danger with another perfectly timed challenge.

Abbey did manage to reduce the deficit after 79 minutes when Luke Delaney burst through and the ball came to MICKEY HUBBARD on the edge of the penalty area who slotted it inside the far post.

There was dramatic action in the Hajduk penalty area in stoppage time with Jeremy James producing a brilliant save to deny John Webb.   Matty Dykes met a corner from the left with a header that went over the bar before a Mickey Finch free kick from just outside the penalty area was well saved by Jeremy James. 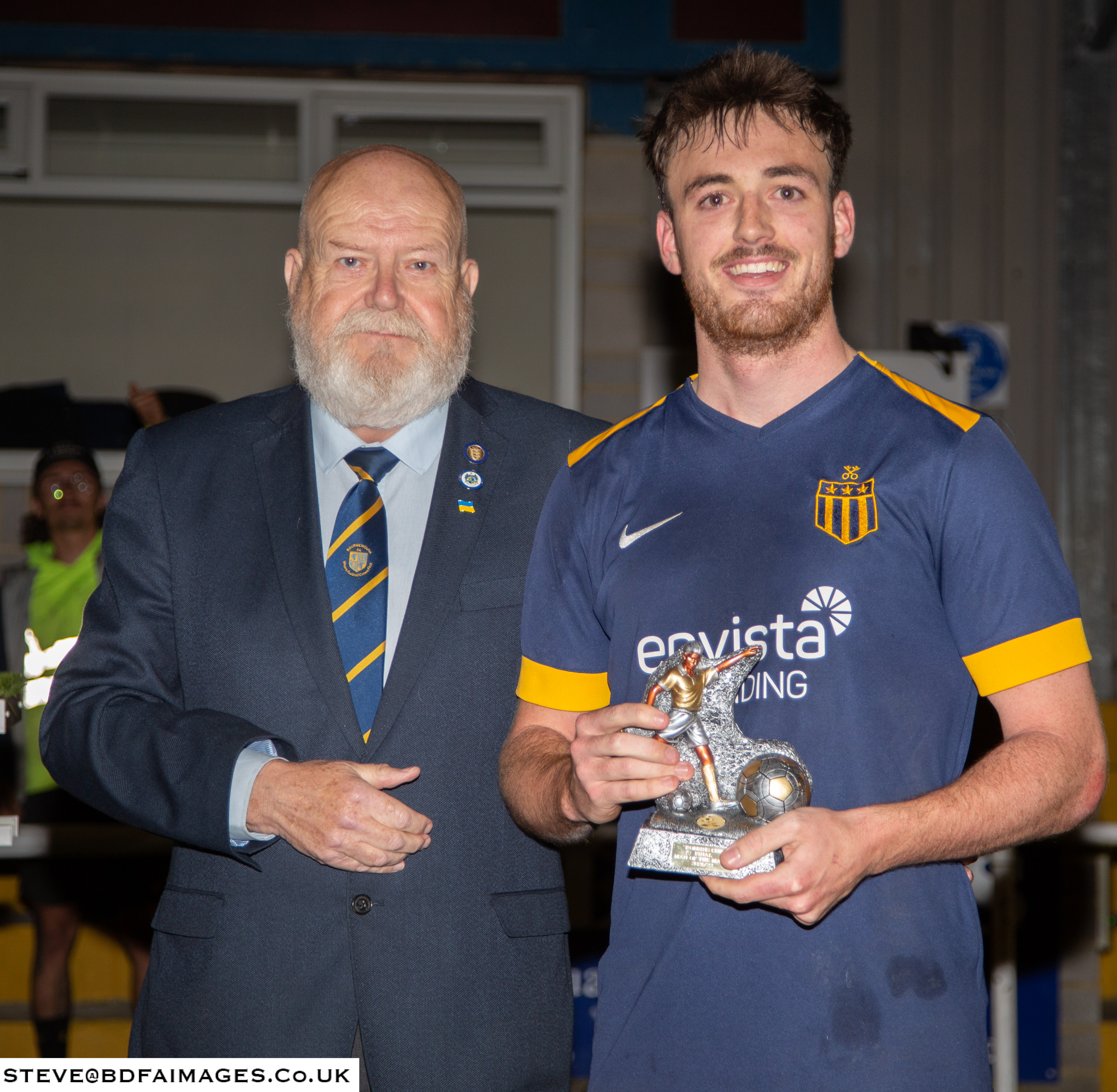 FC Hajduk defender Lewis Chambers was chosen for the Man of the match award by Bournemouth League President Mike Fowler. 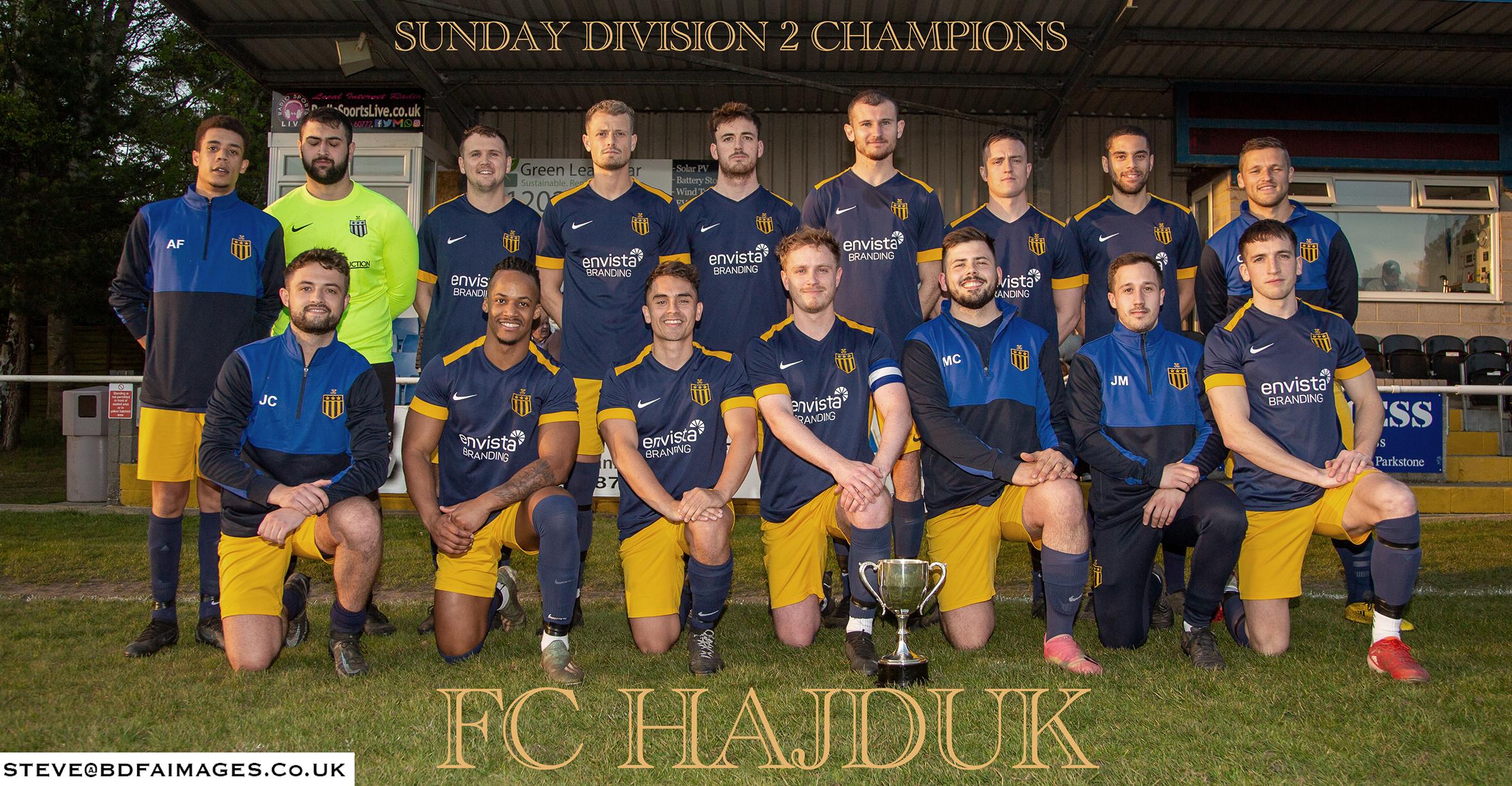 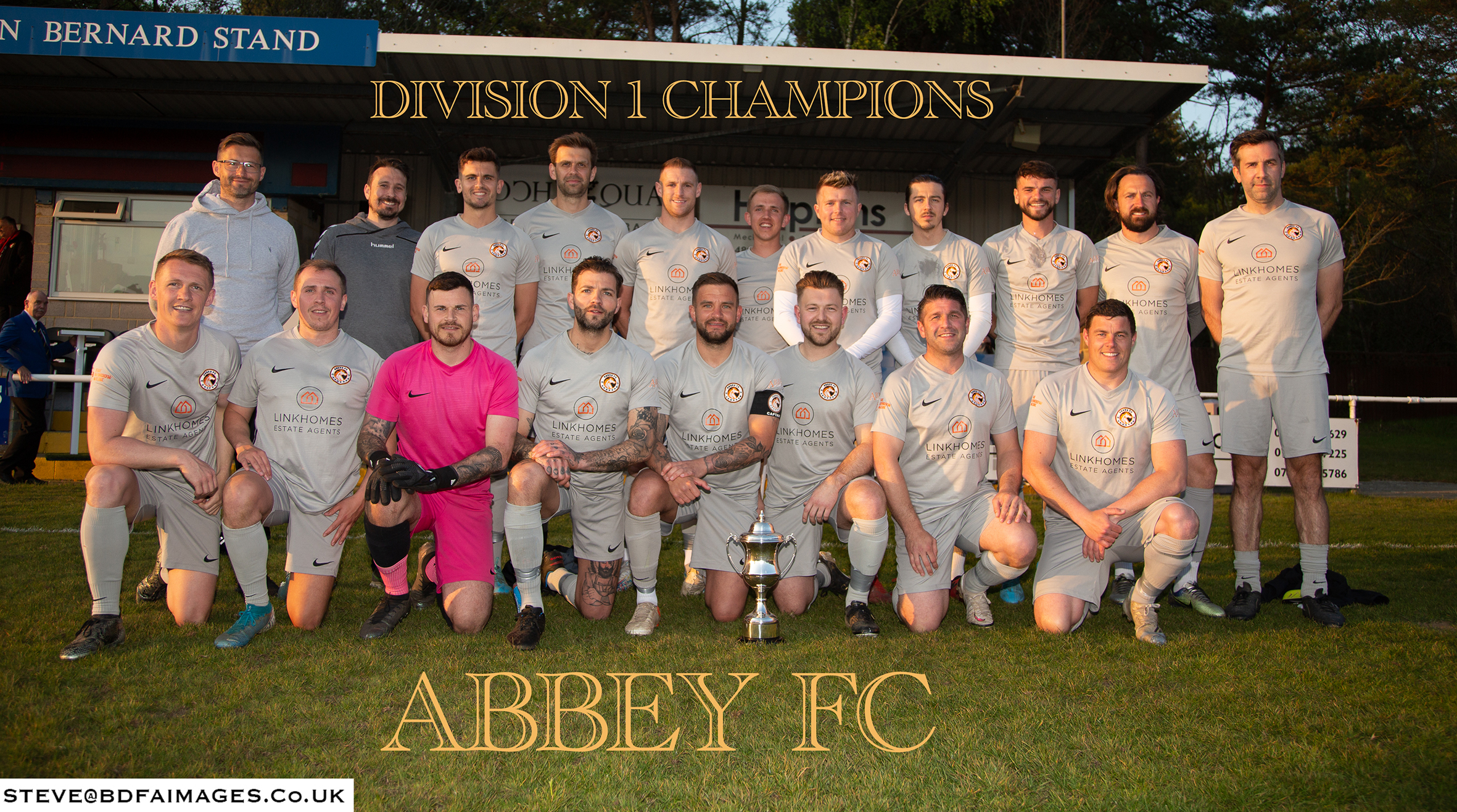 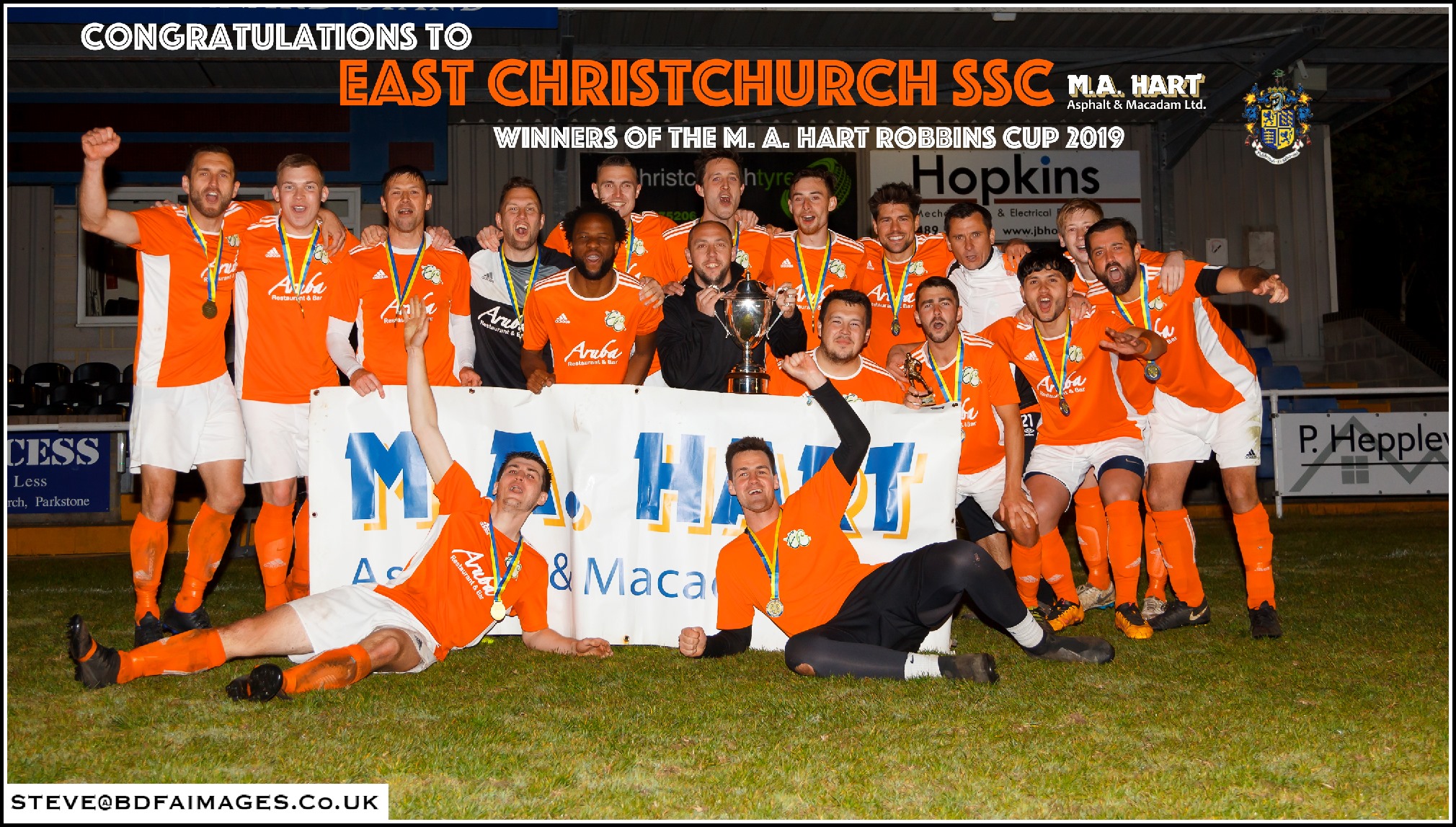 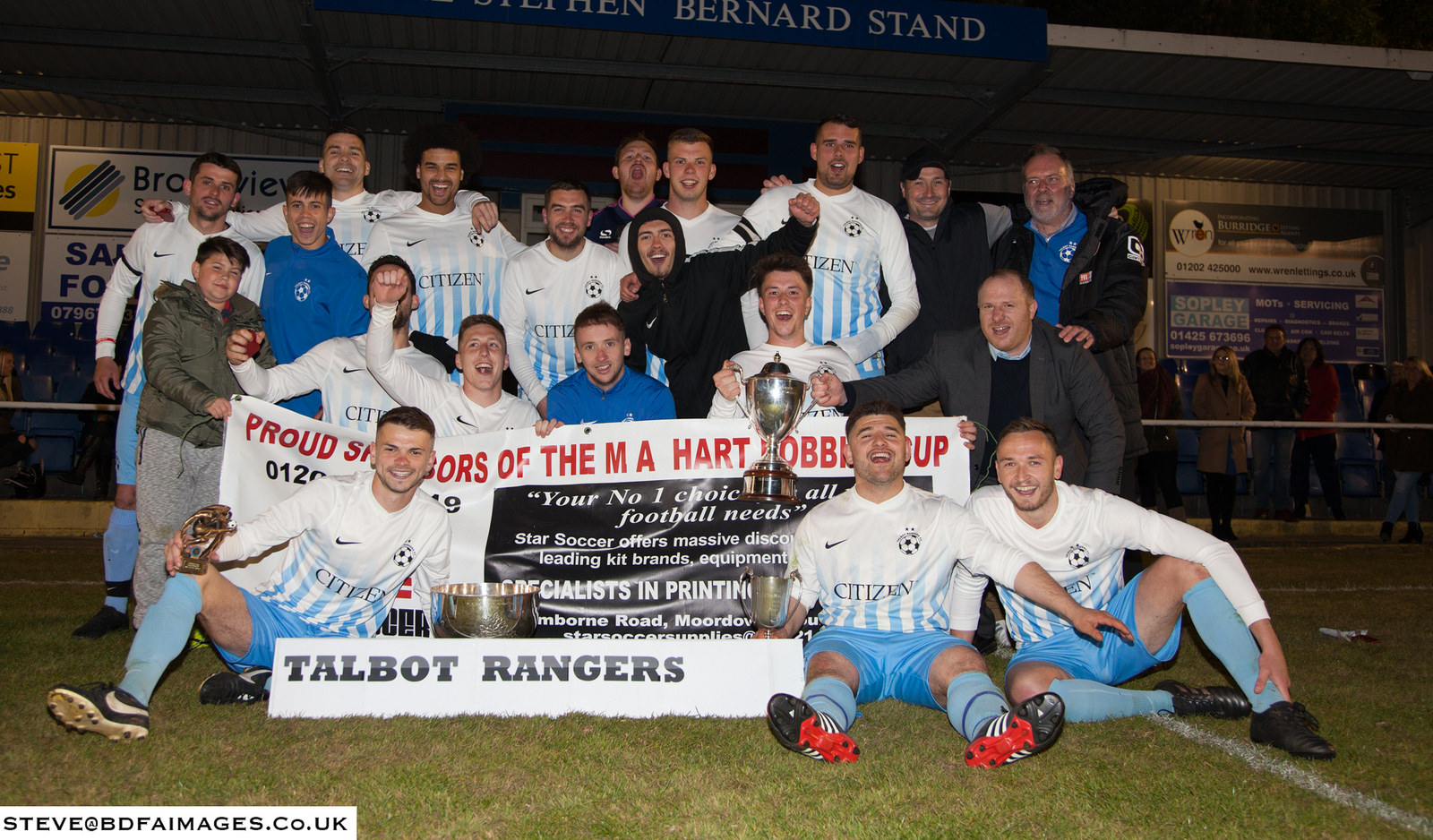 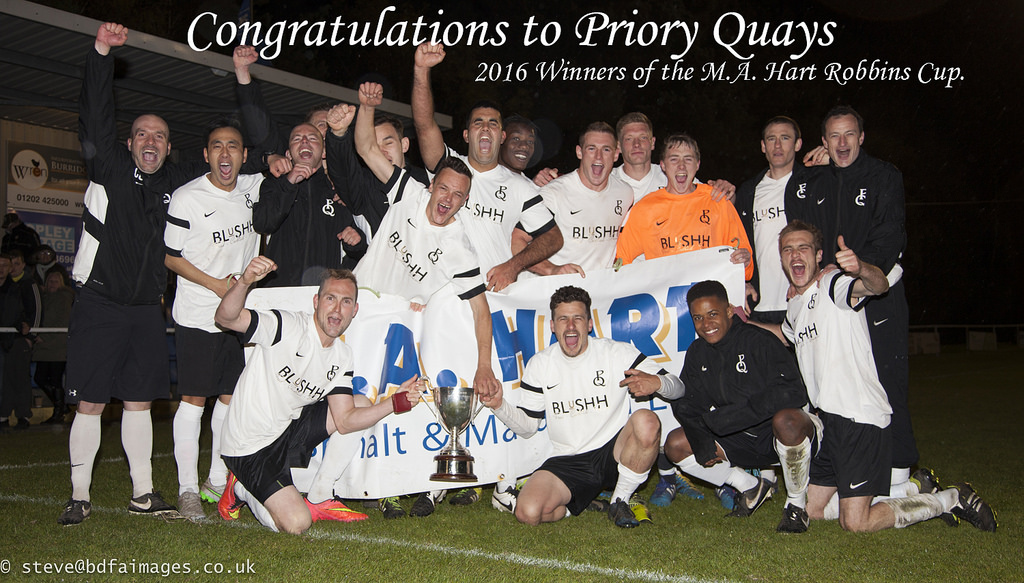 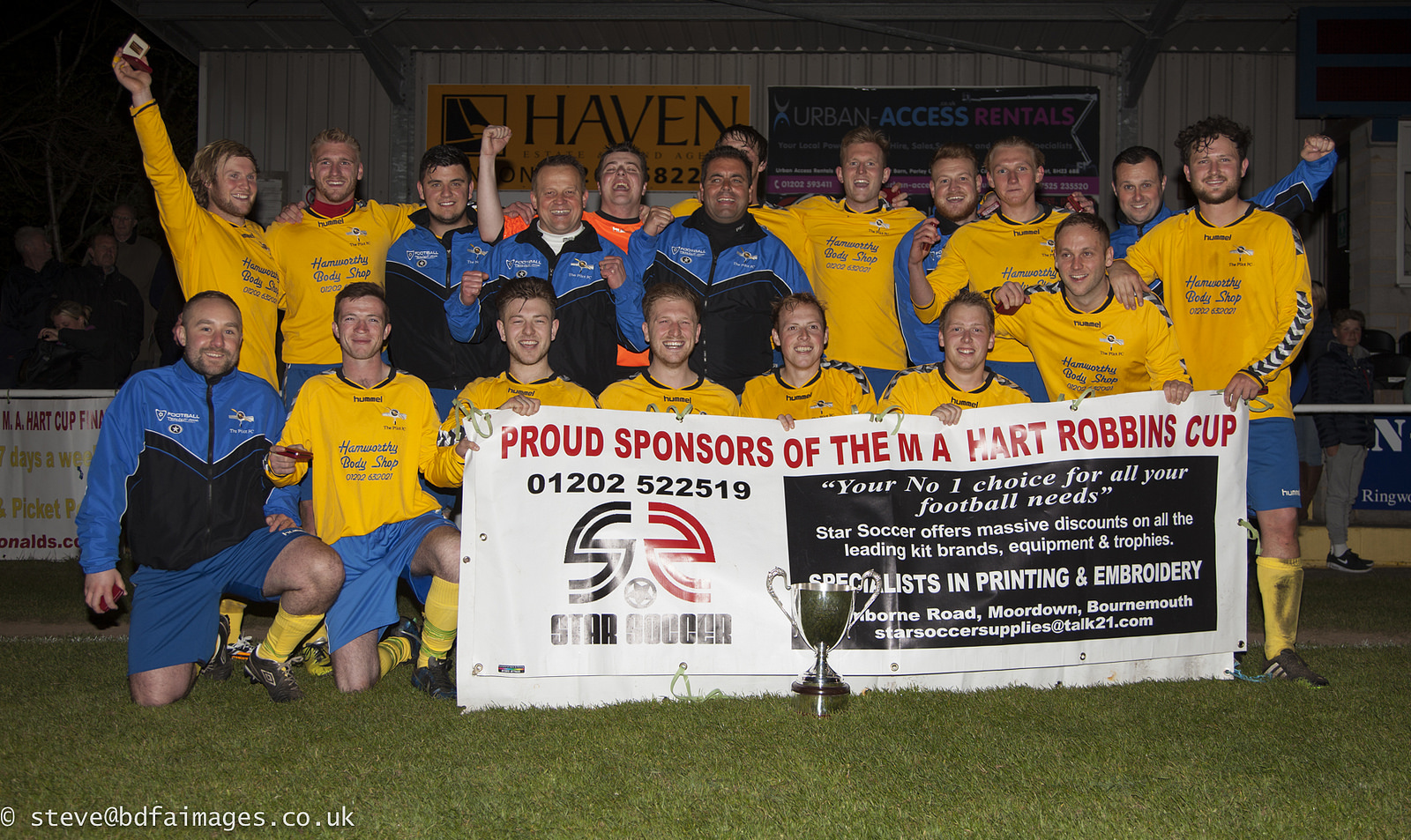 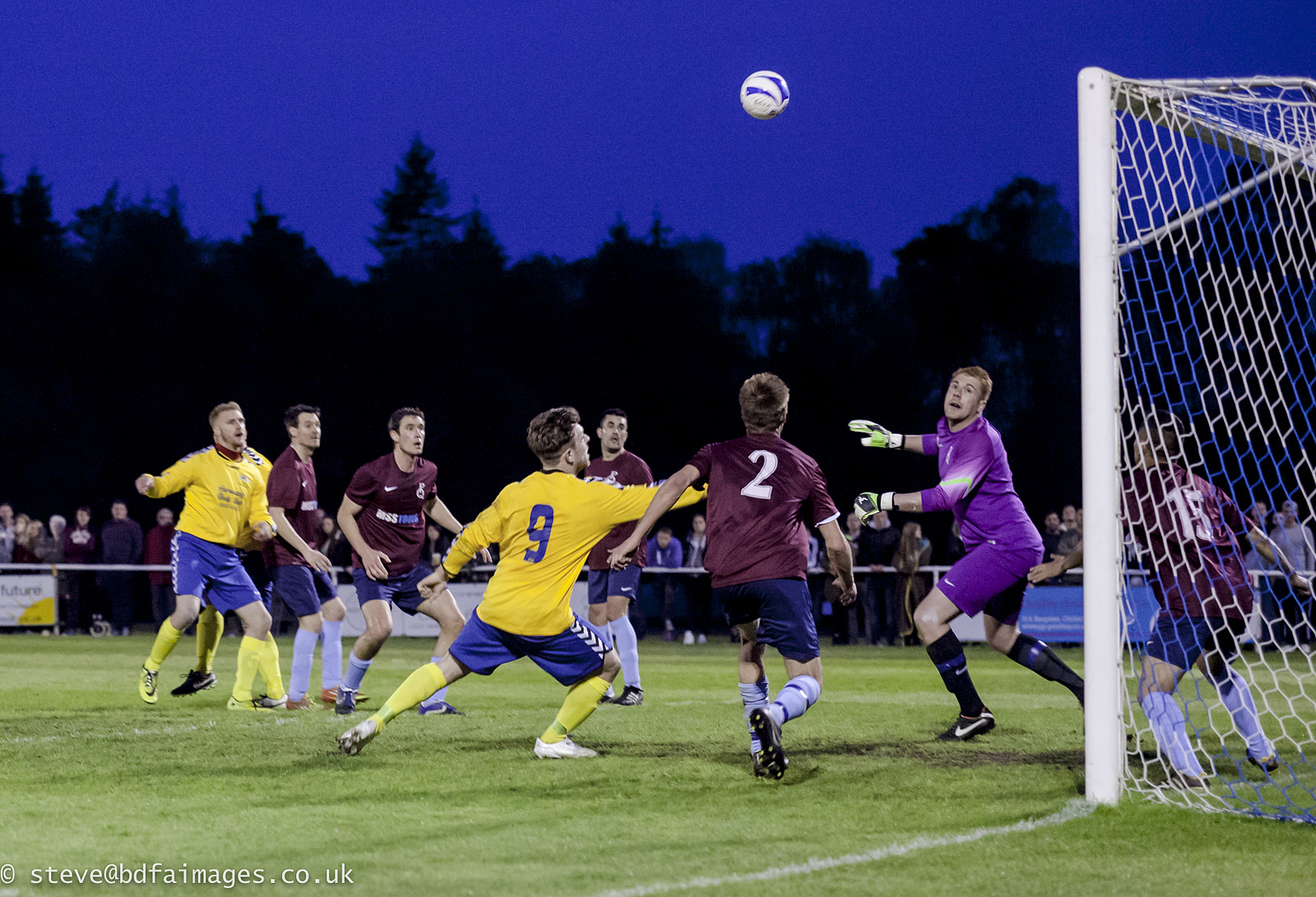 For The Video From South Coast Journalism Click Here