Brockenhurst goalkeeper Jon Webb had a big hand in his team’s success against Hamworthy United on Tuesday night in a magnificent BOURNEMOUTH SATURDAY SENIOR CUP final at Hurn Bridge. The Badgers’ custodian pulled off a series of excellent second half saves to thwart the Hammers in the 2-2 draw and, after making a vital save in the penalty shoot out, he settled the issue by slotting home the decisive spot kick.

Brockenhurst started brightly with Will Tickle prominent on the right and, although his path to goal was blocked by the Hamworthy defence, he found James Shorey out on the left whose curling effort from outside the penalty area went just wide of the far post.

Brockenhurst took the lead after ten minutes when Hammers ‘keeper Ollie King misjudged the flight of Will Tickle’s 35 yard free kick but United were on terms just two minutes later when Declan Randall steered home the equaliser through a crowded penalty area after good work on the right by Eddie Hodge.

Brockenhurst regained the lead after 32 minutes when a great diagonal ball from Freddie Bullard put Will Tickle away down the right. The Badgers’ skipper picked out Mitchell Speechley-Price on the edge of the box who brought the ball under control before despatching it past United ‘keeper Ollie King.

The second half began with Hamworthy front man Connor Cockin putting a header just over the bar. The striker dropped back into defence when Fawzi Saadi had to go off in the 52nd minute with substitute Louie Coulson going up front.

Hamworthy continued to press and Jon Webb produced a magnificent save from Ollie Davis’ close range effort on the hour and he then made another excellent save from the resultant corner kick.

The Hammers forced another corner five minutes later which found Cockin at the far post and Webb had to produce another great save to keep his drive out.

It was Jamie Beasley’s turn to test the Badgers’ ‘keeper in the 68th minute with a fierce effort towards the top corner but Webb got his hands to the ball to turn it round the post.

Hammers’ Ollie Davis burst down the right in the 75th minute to drill in a hard low cross but Webb got down well to gather under pressure at the near post.

It was United keeper Ollie King’s turn to excel in the 78th minute when he dived to push away a fierce low shot from Badgers’ skipper Will Tickle.

Hamworthy’s second half pressure eventually paid off in the 82nd minute when Beasley put a superb ball over the Brockenhurst defence for Louis Coulson to run in and head it past Webb.

With the scores level at 2-2 the game went to penalties and, with Hamworthy leading 4-3,   their ‘keeper Ollie King stepped up to take their fifth spot kick and slammed it against the underside of the crossbar.

Fortunately for Brockenhurst it rebounded in front of the line and Tony Bailey, whose superb stoppage time strike proved decisive in their semi final, levelled the shoot out with the Badgers’ next attempt.

Brockenhurst goalkeeper Jon Webb was chosen for the Man of the Match award by BDFA Secretary Mandy Forbes. 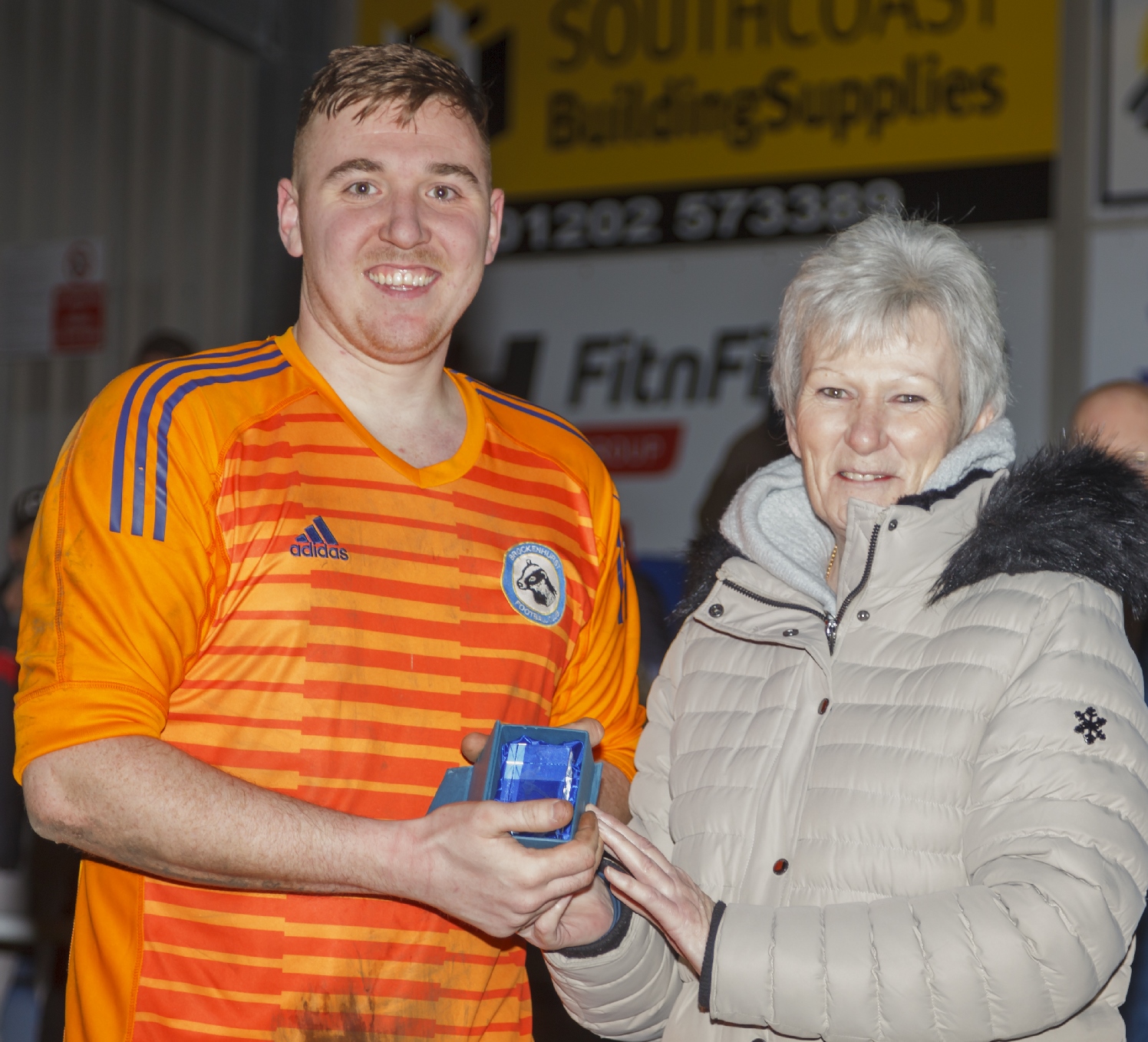 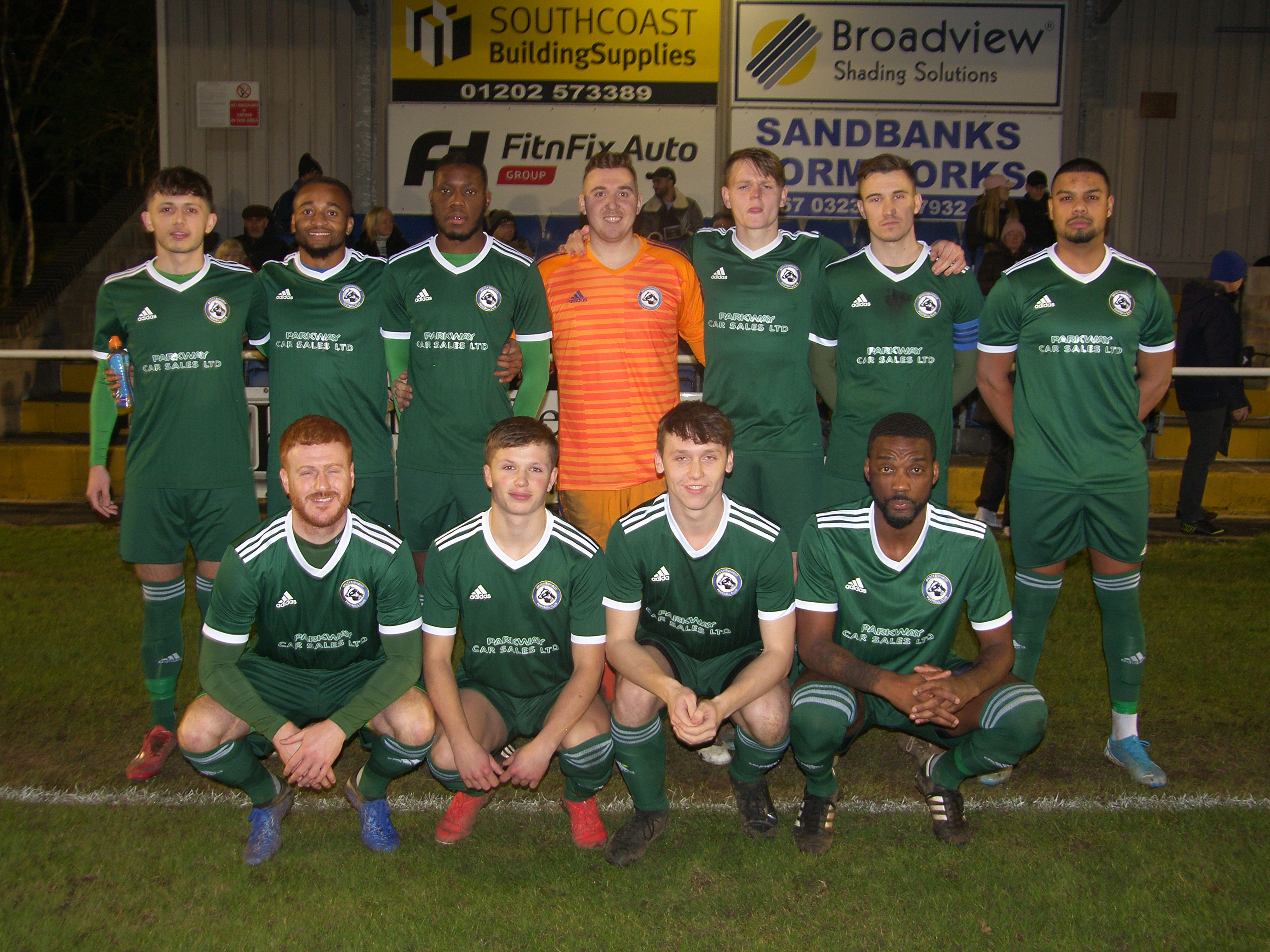